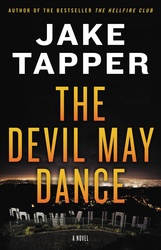 The Devil May Dance

The dark side of Hollywood

Charlie and Margaret Marder, political stars in 1960s Washington DC, know all too well how the tangled web of power in the nation's capital can operate. But while they long to settle into the comforts of home, Attorney General Robert Kennedy has other plans.

Charlie and Margaret quickly find themselves on a flight to sunny Los Angeles, where they’ll face off against a dazzling world of stars and studios. At the center of their investigation is Frank Sinatra, a close friend of President John F. Kennedy and a rumored mob crony. But in a town built on illusions, nothing is easy, and drinks by the pool at the Sands and late-night adventures with the Rat Pack soon lead to a body in the trunk of their car.