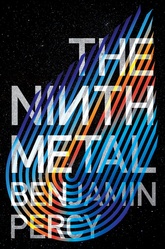 It began with a comet

At first, people gazed in wonder at the radiant tear in the sky. A year later, the celestial marvel became a planetary crisis when Earth spun through the comet’s debris field and the sky rained fire. It was clear that the small town of Northfall, Minnesota would never be the same. Meteors cratered hardwood forests and annihilated homes. Among all the wreckage a new metal was discovered. This “omnimetal” had properties that made it world-changing, both as an energy source and as a weapon.

In this gut-punch of a novel, the first in his Comet Cycle, author Ben Percy lays bare how a modern-day gold rush turned the middle of nowhere into the center of everything, and how one family—the Frontiers—hopes to control it all.