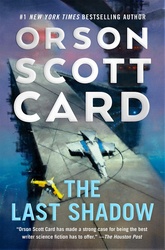 Is it game over for the Ender Universe?

One planet. Three sapient species living peacefully together. And a deadly virus that could wipe out every world in the Starways Congress, killing billions. Is the only answer another great Xenocide?

It's been more than 35 years since Ender's Game was introduced to the world and earned author Orson Scott Card international acclaim. Now The New York Times bestselling author is back with The Last Shadow, the long-awaited conclusion to both the original Ender series and the Ender's Shadow series. In this extraordinary finale, the children of Ender and Bean must solve the great problem of the Ender Universe—a lethal virus they call the descolada, which is incurable and will kill all of humanity if it is allowed to escape from Lusitania.