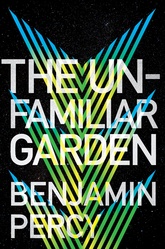 It began with a comet

The night the sky fell, Jack and Nora Abernathy’s daughter vanished in the woods. Unable to solve her own daughter’s case, Nora lost herself in her work as a homicide detective. Jack became a shell of a man; his career as a biologist crumbling alongside the meteor strikes that altered weather patterns and caused a massive drought.

It isn’t until five years later that the rains finally return. In this period of sudden growth, Jack uncovers evidence of a new parasitic fungus, while Nora investigates several brutal murders. Soon they will be drawn together by a horrifying connection between their discoveries—partnering to fight a deadly contagion as well as the government forces that know the truth about the fate of their daughter.