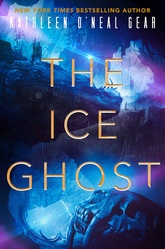 An epic tale of an endless winter

This thrilling sequel to The Ice Lion has been perfectly described as Planet of the Apes meets People of the Wolf.

In a brutal Ice Age caused by the devastating Jemen war, many archaic human species, including Denisovans and Homo erectus, hover on the verge of extinction. However, the greatest Neandertal holy man, Trogon, has a vision to avert oblivion. For his plan to work, he must capture young Quiller and force her to help him find the godlike Jemen leader known as the Old Woman of the Mountain.

According to the Denisovans—Quiller’s people—Trogon is the most powerful witch alive and they believe that he’s up to something evil that will surely spell their destruction. He must be stopped before it’s too late.