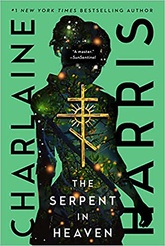 The Serpent In Heaven

Only courage will keep her alive

Felicia, Lizbeth Rose’s half-sister and a student at the Rasputin school in San Diego--capital of the Holy Russian Empire--is caught between her own secrets and powerful family struggles. As a granddaughter of Rasputin, she provides an essential service to the hemophiliac Tsar Alexei, providing him transfusions that keep him alive. Felicia is treated like a nonentity at the bedside of the tsar, and at the school she's seen as a charity case with no magical ability. But when Felicia is snatched, the facts of her heritage begin to surface. Felicia turns out to be far more than the Russian-Mexican Lizbeth rescued. As Felicia’s history unravels and her true abilities become known, she becomes under attack from all directions.

"There is rarely a dull moment. Fans of Harris’s daring heroine will be pleased to accompany her on her latest adventure.”—Publishers Weekly