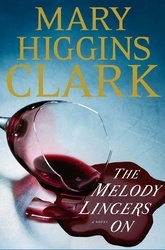 The Melody Lingers On

When the money disappeared, so did financier Parker Bennett

When Lane Harmon, assistant to a famous interior designer, is called to assist in redecorating a modest townhouse in Bergen County, she learns that the home belongs to the wife of disgraced financier Parker Bennettï¿½missing for two years, since just before it was discovered that the $5 billion in the fund he had been managing had vanished.

Was it suicide or had he fled? His clients and the government want to find Bennett if he is still alive. Lane is moved by Mrs. Bennett's dignity and apparent belief in her husband's innocence. She finds herself drawn to Eric, the Bennetts' son, who is determined to prove that his father is not guilty.

But the closer Lane gets to the Bennetts, the more she puts her life?and her daughter's?in jeopardy.