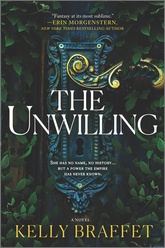 An epic tale of magic, faith, and pride

For reasons that nobody knows or seems willing to discuss, Judah, an orphan with a secret gift, was raised as siblings along with Gavin, the heir of Highfall, the seat of power at the center of a great empire. There is a mysterious—one might say unnatural connection—between the two, and it is both the key to Judah’s survival until this point, and now her possible undoing.

Meanwhile, outside the wall, a healer with a power unlike anything Highfall has seen in years is newly arrived from the provinces. He has plans for the empire, and at the heart of those plans lies Judah. The girl who started off with no name and no history will be forced to discover there’s more to her story than she ever imagined.